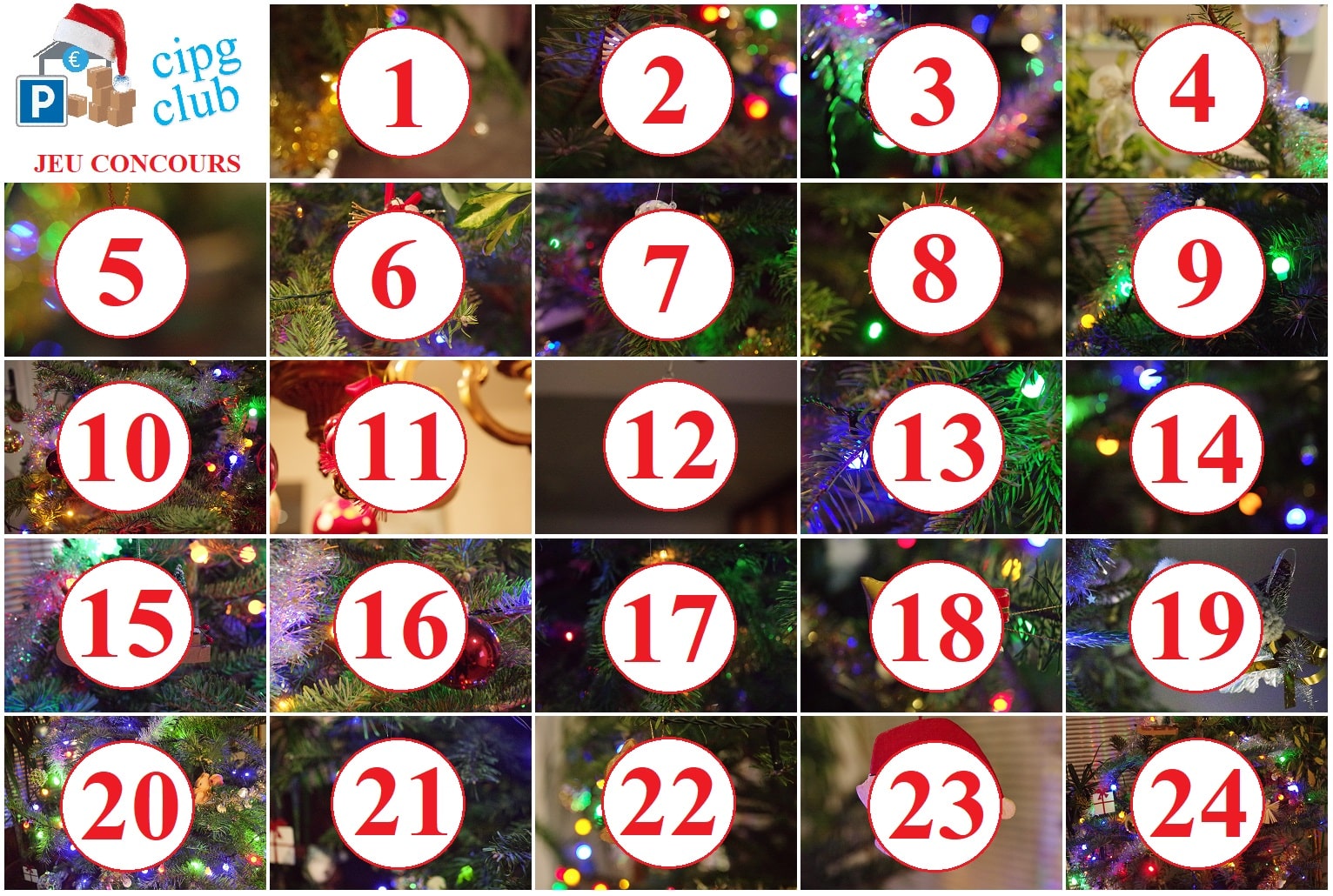 Are you part of our community of over 3000 investors and landlords owners ?

Article 1: Organization of the game

The Club d’Investisseurs dans les Parkings et les Garages (CIPG or cipg club) whose legal representative is Mr. Christophe MARTIN (hereinafter referred to as the “organizer”), registered under the number Siret : 820 744 647 00018, whose registered office is located at 91 allée Rosa Parks 42153 RIORGES, France; organizes from December 1 to midnight December 24, a free game with no obligation to purchase entitled: “cipg club advent calendar competition game” (hereinafter referred to as “the game”), according to the terms and conditions described in these rules.

This free game is open to any natural person over 16 years old, with internet access and a valid email address, and speaking the following languages : French, English and Spanish.

The mere fact of participating in this game implies the pure and simple acceptance, without reserve, of the present rules.

The 24 winners that will be designated will be those who will have been drawn at random among the participants (those who followed our page, liked and shared the publication) each day. There will be 1 winner per day. The winners will be announced within 10 days after the closing of the contest.

The winners will be contacted within 5 days following the draw, confirming the nature of the prize won and the terms and conditions to benefit from it. Any winner who does not give an answer within 5 days from the sending of notification of his or her prize will be deemed to have forfeited it and the prize will be awarded to a new winner.

The game has 24 prizes, awarded chronologically to valid participants drawn at random and declared winners. Each winner wins a single prize. 24 prizes were put into play (subscriptions, project analyses, telephone coaching, document templates, etc.) for a total amount of approximately €650.

Article 6 : Identification of winners and elimination of participation

Participants authorize verification of their identity. Failure to comply with these rules and any fraud or attempted cheating, regardless of its terms, will result in the outright elimination of the participant’s participation.

Given the current state of service offerings and technology, some Internet service providers offer a free or flat-rate connection to Internet users, it is expressly agreed that any access to the site being made on a free or flat-rate basis (such as cable connection in particular, ADSL or specialized link) will not give rise to any refund, insofar as the subscription to the services of the access provider is in contracted by the Internet user for his use of the Internet in general and that the fact that the participant connects to the site and participate in the game does not incur any additional costs or expenses.

Leave us your opinion :